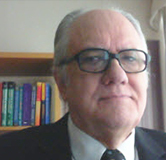 The concept of “Risk Velocity” is an interesting one. Momentum is measured in terms of velocity. You also have acceleration, which means the returns themselves are increasing generally due to feedback, option hedging, insurance strategies, algorithmic trading, etc. Such acceleration can be unsustainable and thusly leads to a crash. This has been shown to be related to the crash probability. Dragon Kings’ crash probability and timing can be computed (using theories of survival and no arbitrage) so that a crash has a computed probability of occurring in the next period given an accelerating expected return. When the path of acceleration can be estimated, you can compute the expected time to crash.